Hi everyone! So a little while ago, I believe over a month ago, I was nominated by Frostilyte for a Real Neat Blogger Award. (Sorry that it has taken so long for me to respond). If you havnt you should really check Frostylites blog out, specifically the Ruining your favourite pokemon Posts. The Rules Answer 7 questions Ask 7 questions […]

Hi everyone! So a little while ago, I believe over a month ago, I was nominated by Frostilyte for a Real Neat Blogger Award. (Sorry that it has taken so long for me to respond). If you havnt you should really check Frostylites blog out, specifically the Ruining your favourite pokemon Posts. 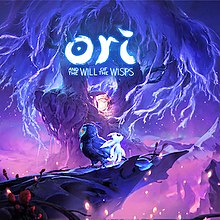 There are two that I’m very excited for, the first being Ori and the Will of the Wisps. I think it’s about time that I played through Ori and the Blind Forest again, but this game really opened my eyes to the power of 2-D platformers. I think Ori opened my eyes to the style of games I played a lot as a child and helped me realise just how much I love them.
The second game is a guess, SilkSong, the follow-up to Hollow Knight. There is no definitive release date, but it can be assumed that it will release next year, I’m excited to get beat on constantly like I was in Hollow Knight.

well this is quite simple, I like pirates because of the shanties but Ninjas are just straight-up awesome! Plus I suppose if you were a Ninja you would be trained from a young age, so you could always become a Ninja Pirate… isn’t that just a slightly different take on the plot of Assassins Creed: Blackflag? (Surprisingly one of my least favourite AC’s).

Coffee, hmm… I could work with that. I think the most logical conclusion would be to open a coffee shop, but that sounds a bit boring to me so, I would end up doing stupid stuff like filling a pool with coffee beans and trying to swim in them… that actually sounds quite fun.

Jesus, let’s hope it’s not EA or Ubisoft, can you imagine?

“You are now under the control of EA, please pay £2.99 for an extra day on this earth, without oxygen. You can buy a premium day, that included oxygen, for £4.99. Season passes, that only last a week, cost £20.99. You can also purchase the ability for a random chance at a day/week/month on earth in an exclusive looking suit, with our brand new Surprise Mechanics non-gambling boxes, for only £1.99 a roll… I mean chance.”

I really don’t know how you defeat that, potentially you just have to pay up… sigh, or hope their servers go down.

The main answer would be with me studying English I wanted to write more. We had a class called ‘Creative non-fiction’, where we had to write blog posts and I thought “Hey! Maybe I could write about video games” and I started writing a post on how bare Sea of Thieves was, which I never published.

The reason that I am continuing to write, is that eventually, I want to turn my writing towards helping video games become more acceptable in the educational system. I’m in my third year of university now and so far the only game that has been mentioned is Gone Home and whilst its an okay game… I feel that its criminal that none of the gaming classics have even been considered as worthy enough to take a look into. I want to show people that games have the chance to explore stories and emotions in a way that books can only dream. In short, I’m an English student, surrounded by book lovers, trying to tell them that games are better… Don’t tell me the odds.

You know, I’m really struggling to answer this one. If there is a character that I don’t like, I generally don’t watch, so I suppose we go to video games. I Suppose for a favourite video game, we would look at the monster hunter and it would be really easy to pick the Handler, but if I did become the Handler I would have a ball because she just tags along and gets a lot of the credit.

*I don’t really hate the Handler, but she’s the only character that can annoy me within the game. So… sorry Handler.

I would love to be able the draw, I really love seeing peoples art and skills, it’s a form that I truly appreciate, but just can’t get to grips with. I’m currently happy just writing, I’ll leave the visual stuff to people who are truly skilled at it.

So, time for my questions.

Anyways, there’s my questions now for my nominees!

Blunt Japanese Woman, Adventure Rules, One Nerd, A Geek Girl’s Guide, LeeksEverywhere, Nerd Side of Life, Around the Bonfire

Posted on 11th October 2019 4 By Dale HooperPosted in Uncategorized